This tutorial shows step-by-step, how to separate the different frames of multi-frame image with systems equipped with a fast Galvo scanner. The image containing many frames is treated here like a time-series. The example image shows the plasma membrane of MDCK cells stained with Flipper-TR, which can report membrane tension changes through its fluorescence lifetime changes. This has been published 2018 in nature: https://www.nature.com/articles/s41557-018-0127-3 This dynamics is visualized with the “multi Frame FLIM” script. Only few of the frames are binned together for analysis, and an image series is obtained. The lifetime change will be monitored at the end.

Response:​
​ The files of the “Tutorials” workspace are displayed in the workspace panel on the left side of the main window. 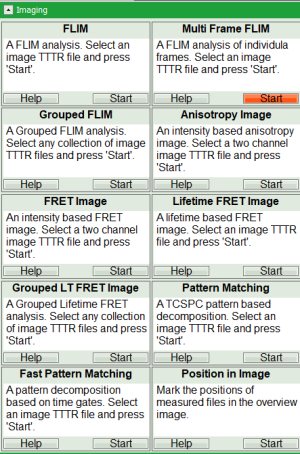 Response:​
​ The FLIM analysis is applied to the file Hyperosmotic_Shock_MDCK_Cells.ptu. Thereby, a new Window opens: 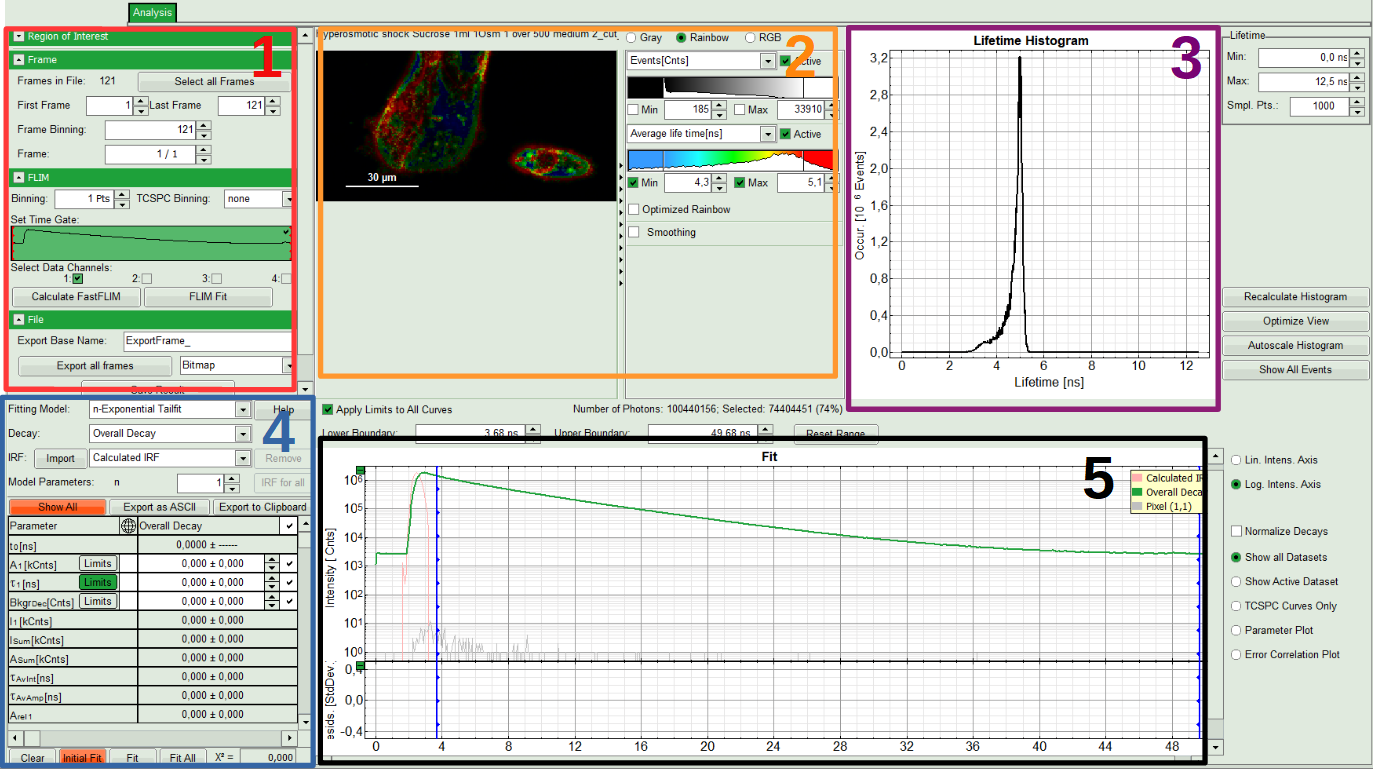 Response:
An image stack is calculated, in which always 10 frames are combined. As the complete measurement contains 121 frames, the image stack now contains 13 images. 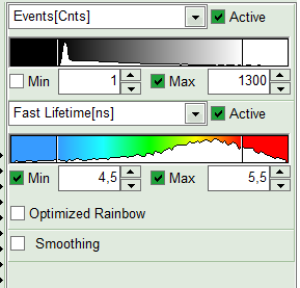 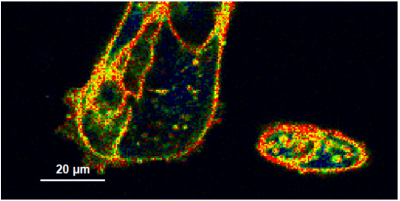 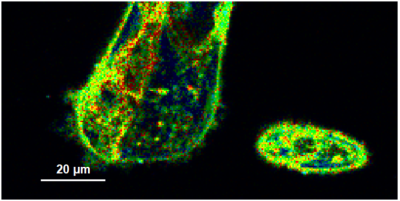 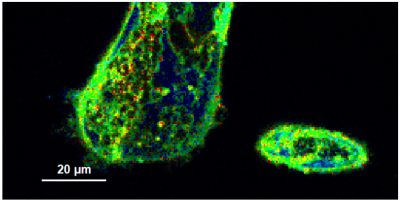 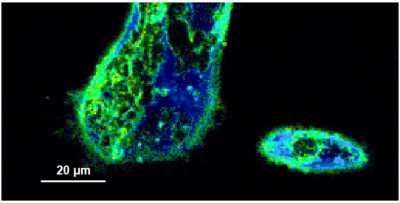 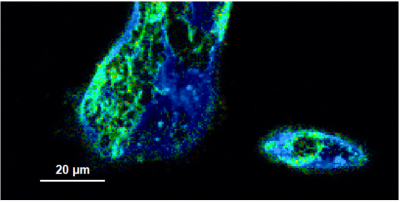 Note:
Flipper-TR is a fluorescent probe that specifically targets the plasma membrane of cells which sense changes of the organization of lipid bilayer membranes through changes of the twist angle and polarization between the two twisted dithienothiophenes of the mechanophore. 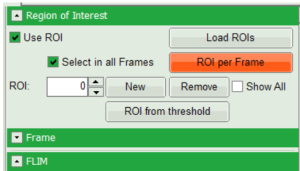 Response:
When the ROI in each image is created, also the corresponding decay appears in grey in the TCSPC decay window.

Perform an Initial Lifetime Fit on the Selected Regions (ROIs) 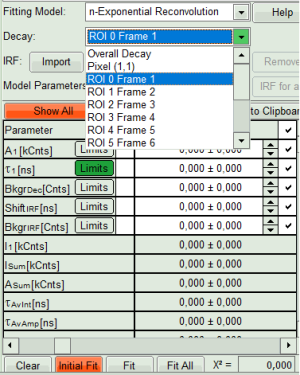 Response:
A single exponential reconvolution fit is performed. In the TCSPC window, the fit is displayed as a black line. Below, the residuals (= difference between raw data and fit values) are displayed.

Usually, a decent fit is characterized by the following criteria:

Response:
The fit quality increases. But if it still doesn't look sufficient, increase number of “Model Parameters” to three.

Response:
The average lifetime, you can see that after adding the sugar, has been dropped gradually about 500ps.

Note:
There are several options to export the data:

Response:
26 images are exported as .bmp files into this folder. You can import them into other graphic programs, e.g. Fiji, in order to create movies.

Note:
When exporting as standard bitmap, the images are exported as shown in the SymPhoTime 64 window, e.g with or without scale bar (depending on whether you have the scalebar active in the SymPhoTime. When measuring with a scanner controlled by SymPhoTime, e.g. a MicroTime system, or you transfer the image size information automatically via a handshake software, as in several LSMs, the image size is automatically adapted. If your scanner is not controlled via the SymPhoTime, and no handshake transfers the correct image size correctly, the image size has to be checked and if it is necessary defined before the measurement. Otherwise, one pixel is considered to a size of 1 µm. If the image scaling should not be displayed, put the mouse cursor over the image, open the context menu with a right mouse click and unselect the option “Show Scale-bar”. When the scale bar is not displayed, the exported images also do not contain the scale bar.

If not only the Fast FLIM image should be exported, but also a pixel-by-pixel fit for the whole stack is needed, a procedure according to the tutorial: “Lifetime fitting using the FLIM script” must be applied. Please follow the instructions as described there in an analogous fashion.

Response:
A result file is generated which is assigned to the raw data file. Double click on this .pqres-file opens it in the same way as it was stored.