Create a new workspace or open an existing one: 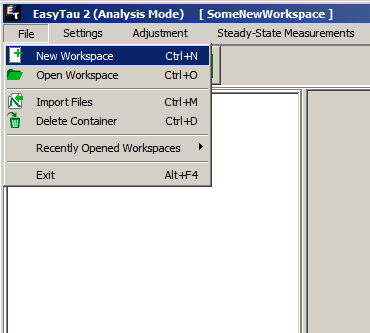 Then select Import Files. A new dialog opens, where the data file is selected: 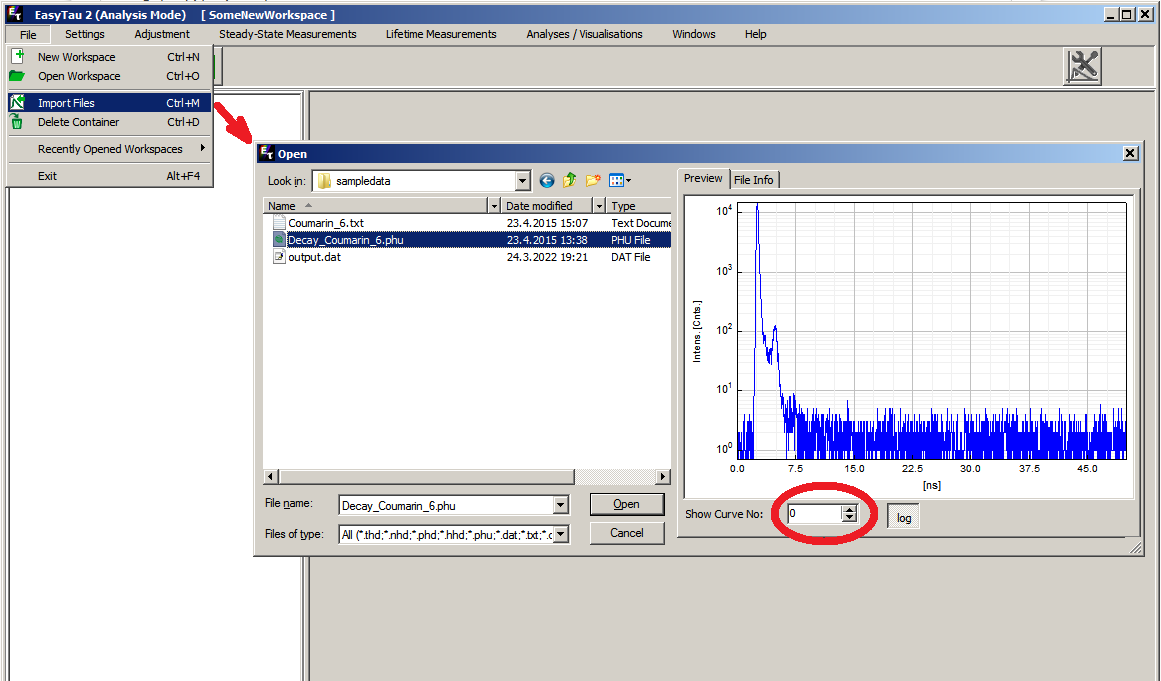 The file selected above is a sample data file, Decay_Coumarin_6.phu installed during the installation of the native TimeHarp260 software. This file contains two histograms: an Instrument Response Function (IRF) and a decay curve of Coumarin6 dissolved in ethanol. During file import, before pressing the Open button, it is possible to preview and step through the data content of selected file using the control elements on the right hand side of the dialog.

The same data file, when opened in the native software, looks like this: 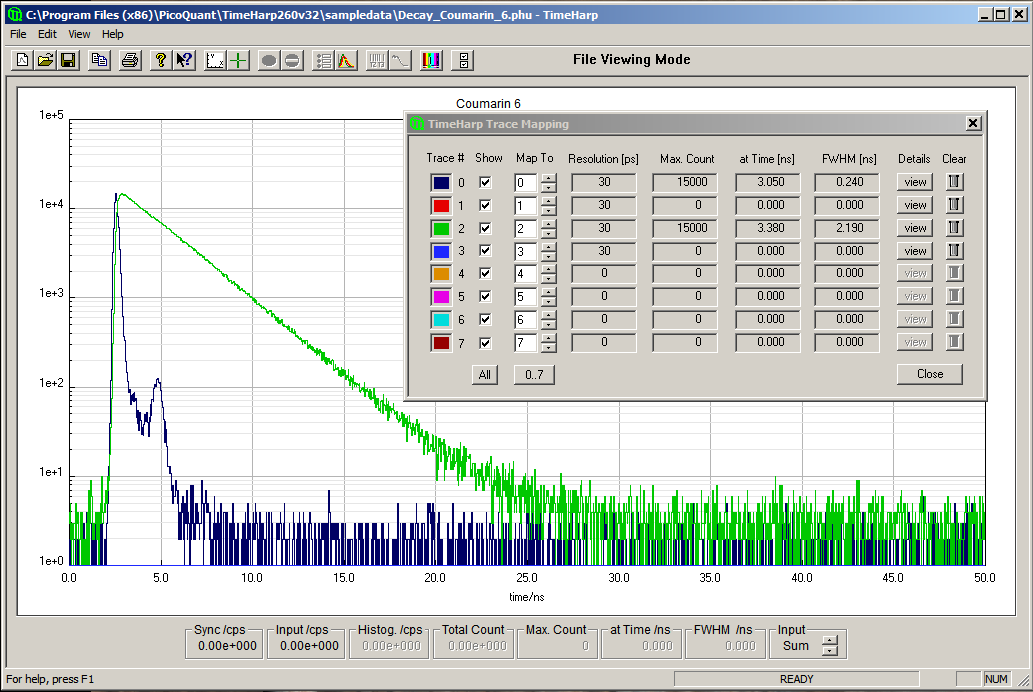 Trace #0 shows the IRF, Trace #2 is the decay curve. The other data blocks are empty. Both Trace #0 and #2 will be imported into a single .etc data container. This will make the data analysis easier. In general, such a .phu file may contain many more histograms.

It is also possible that an IRF measurement and a decay measurement are stored in two separate .phu files. This is no problem, but then the file import procedure has to be repeated for each file and the imported curves will end up in dedicated .etc data containers. 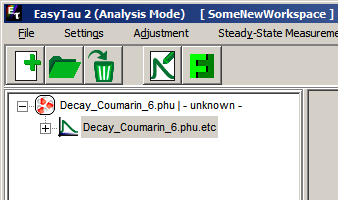 After expanding the data container: 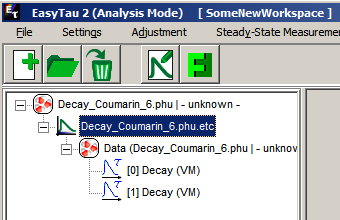 Two histograms have been imported. They are shown as “Decay” because EasyTau does not know their assignment yet. 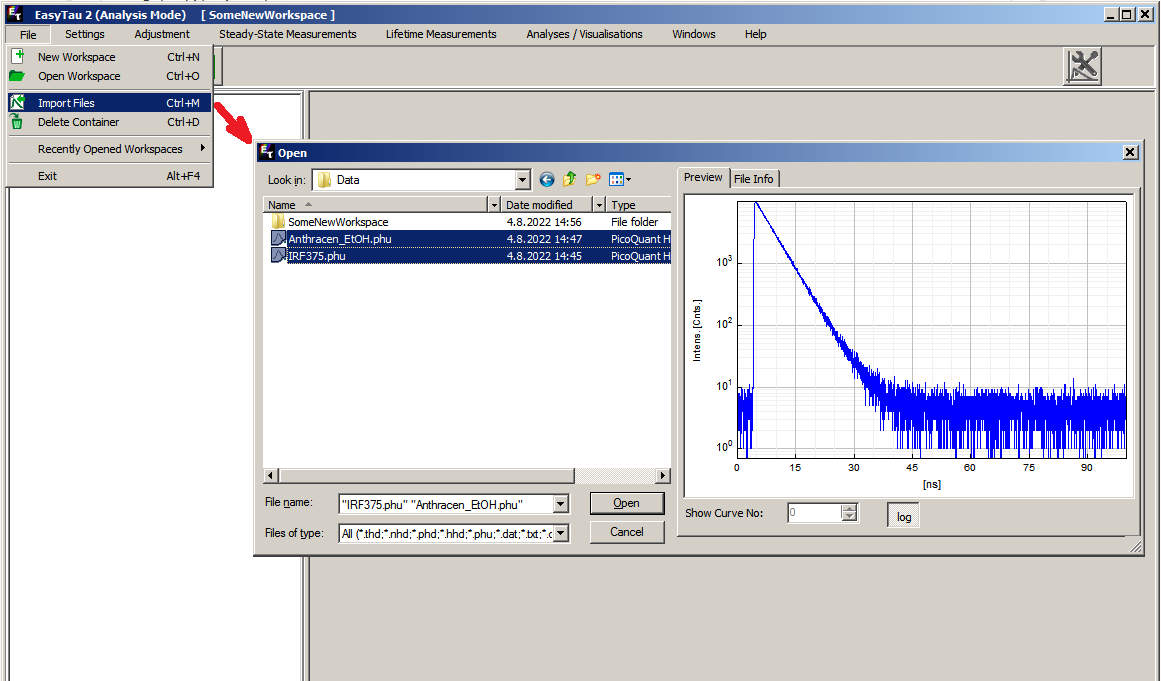 Each input .phu file has got a dedicated .etc data container: 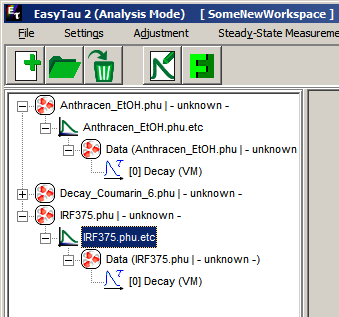 Unlike Decay_Coumarin_6.phu containing two histograms, both Anthracene_EtOH.phu and IRF375.phu contains only one histogram. These two measurements actually belong to each other. In order to perform reconvolution fitting of the Antracene decay, the corresponding IRF measured at 375nm excitation wavelength will be needed.