This tutorial shows step-by-step, how the “Lifetime FRET Image” analysis of SymPhoTime 64 can be used to calculate pixel-by-pixel the FRET efficiency in an image containing a cell transfected with a GFP and a RFP construct, that bind in certain regions of the cytoplasm. A bi-exponential fit is performed in a larger region of interest to determine the donor only lifetime and the lifetime of the donor in presence of FRET. A pixel-by-pixel fit is performed in the image and in every pixel the FRET efficiency as well as the fraction of FRET on the total decay (“Binding”) is determined.

FLIM-FRET is a robust method to determine the FRET efficiency of a suited donor acceptor pair.

If the FRET donor molecule has a single exponential decay kinetic, not only the FRET efficiency can be determined in every pixel of the image, but also the fraction of the FRET amplitude on the total decay, which is an indicator of the percentage of molecules undergoing FRET.

The example image shows a cell transfected with GFP-N-WASP and mRFP-TOCA-1, proteins involved in filopodia and vesicle formation 1).

Note: This Step-by-Step tutorial was written for SymPhoTime version 2.5. There might be slight differences compared to other software versions. For example the way of setting an intensity threshold has changed. In the video the former version is shown. 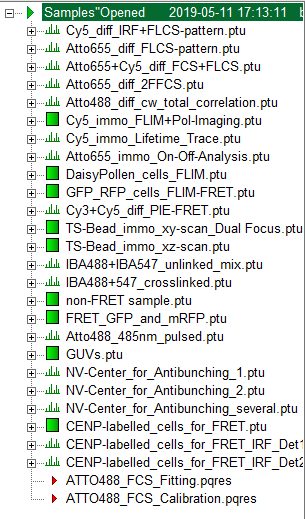 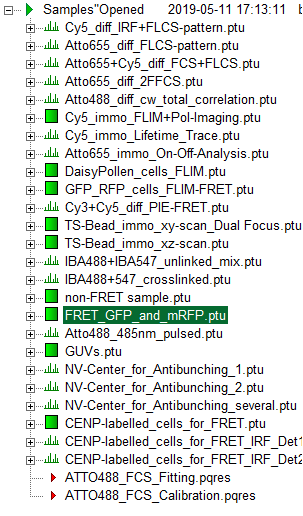 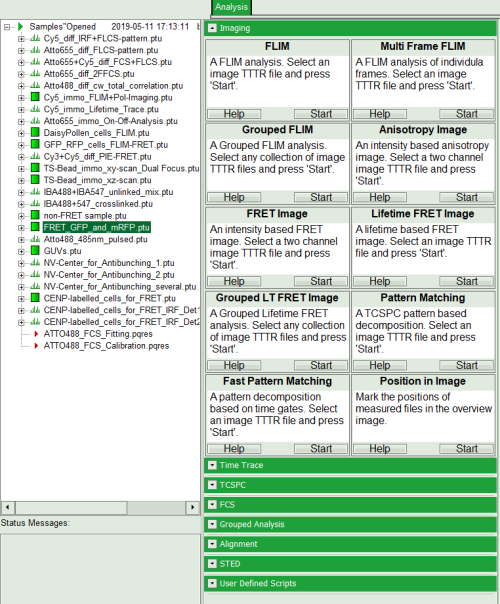 Response: The “Lifetime FRET Image” analysis is applied to the file FRET_GFP.ptu and mRFP.ptu. Thereby, a new Window opens: 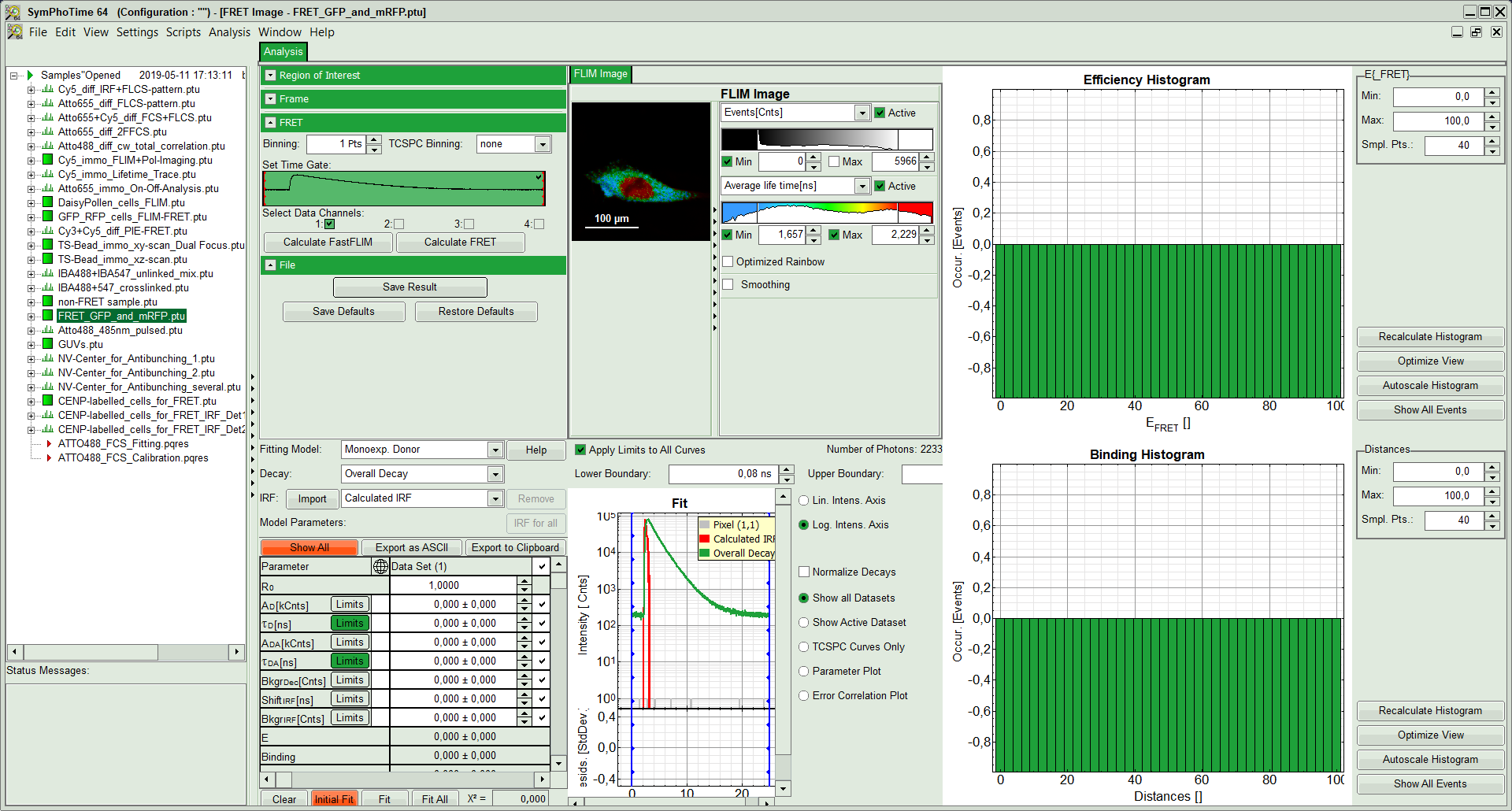 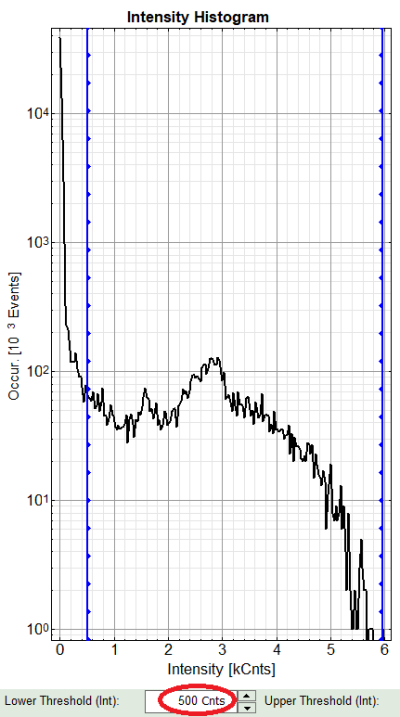 Response: In the image, only pixels with higher photon counts are highlighted. Adapt the intensity maximum to see the highlighted pixels more clearly.

Response: The fit is performed to the ROI decay.

Note: In order to reduce statistical fluctuations, as many parameters as possible need to be set constant. In this model, it is assumed that the long lifetime is caused by unbound donor molecules, and therefore this lifetime is labeled τD and is considered constant, in contrast to the FRET-efficiency, which can vary in different regions, unless you know from the biological setup that it will mainly be the same in all e.g. complexes. In a single pixel, the background counts of the pixel are negligible, therefore it is valid to set this to 0 in this case. Don't press “Initial Fit again”. 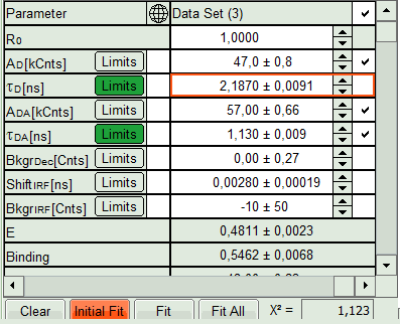 Note: Depending on the screen resolution, one may have to use the scroll bar to access this button. 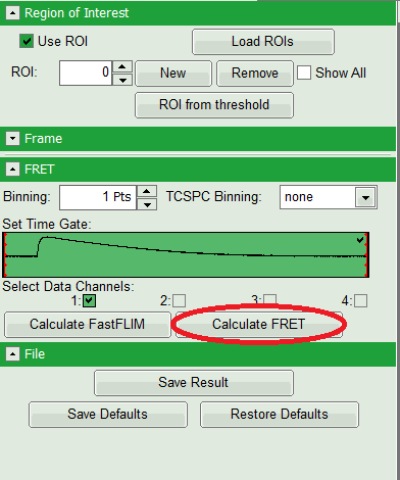 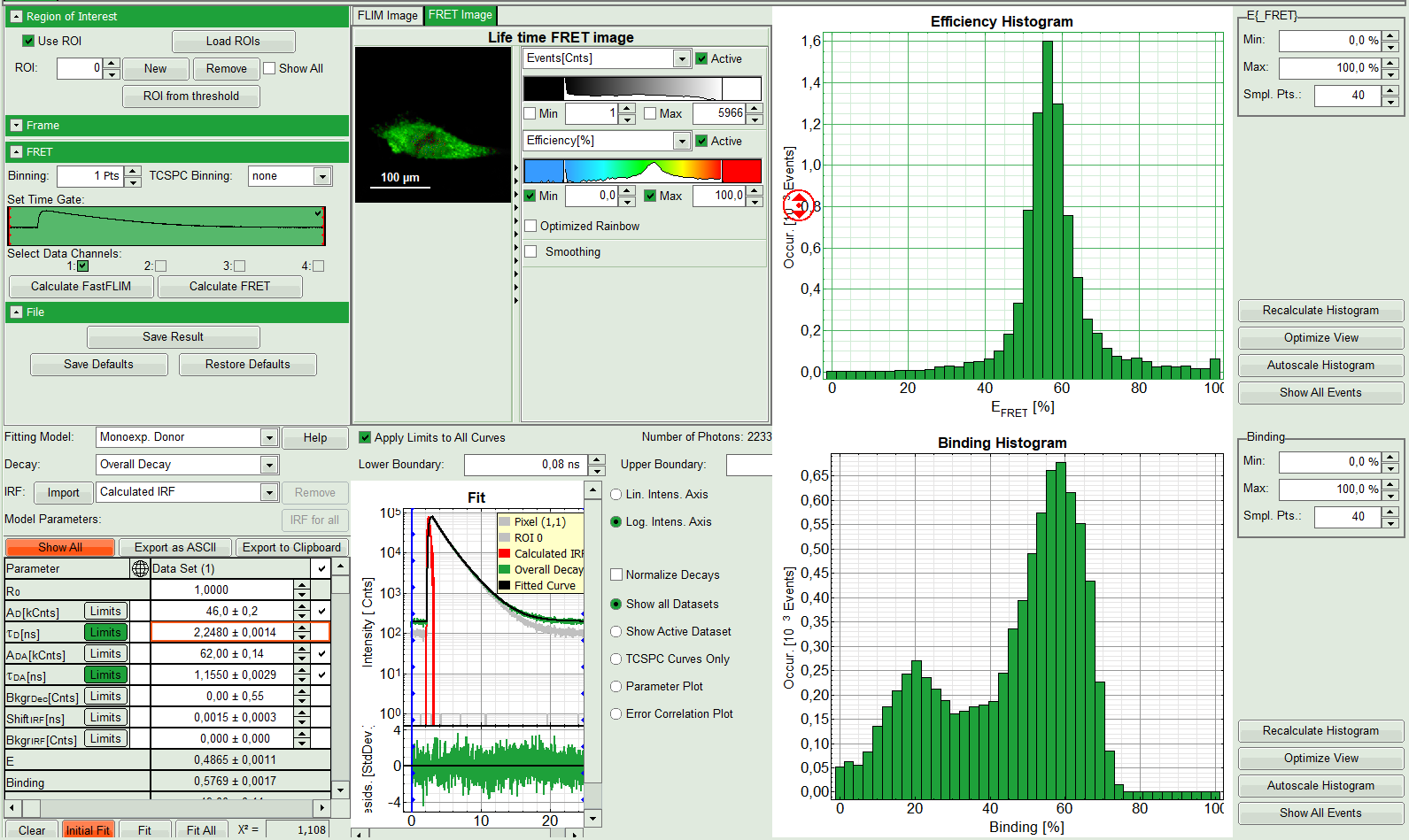 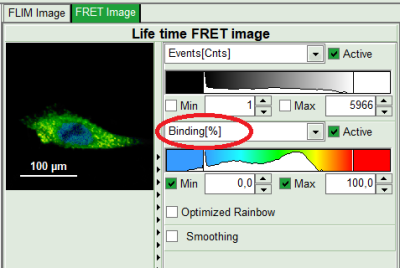