FRET is a method to determine molecular interactions or conformational changes based on a suited donor/acceptor pair.
Intensity FRET as used here can only be used to calculate average FRET efficiencies. In case of a mixed population, these populations can only be separated using a donor dye with a single exponential decay kinetic and analyzed with lifetime data. This is not the scope of this tutorial.
The script usage is demonstrated on an image of several cells which have been transfected with CENP-B-Cerulean and YFP-CENP-A. Cerulean is a CFP variant an frequently used as a FRET donor. The CENP-complex consists on several proteins and is involved in mitosis. For further details on the sample, see S. Orthaus et al., Chembiochem. 2008, 9, 77-92, and the PicoQuant application note http://www.picoquant.com/images/uploads/page/ files/7267/appnote_flim_fret.pdf.
The example image shows four cells, two of them were only transfected with CENP-B-Cerulean, the other two contain both constructs. The same image is also used for the tutorial of the lifetime FRET image script. Check there for comparison.
In ratiometric FRET, a lot of system parameters have to be determined from several images. This problem is too complex to be accessed with a single tutorial. In this tutorial, some arbitrary correction parameters are used for demonstration purposes only.
Several approaches have been published as procedures to calculate the needed correction parameters, e.g. 1); 2). Evaluating and reviewing all papers in this area would overpass the scope of this tutorial. 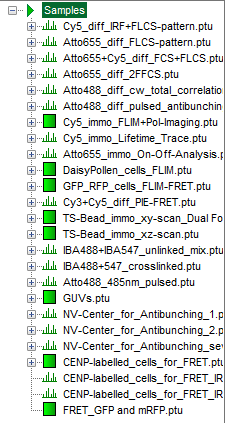 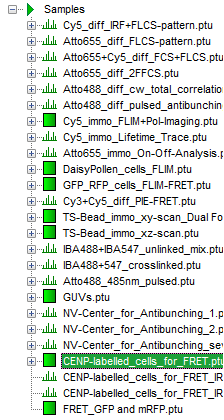 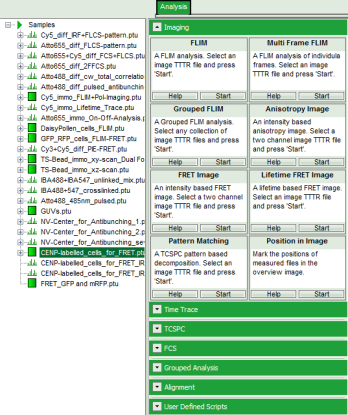 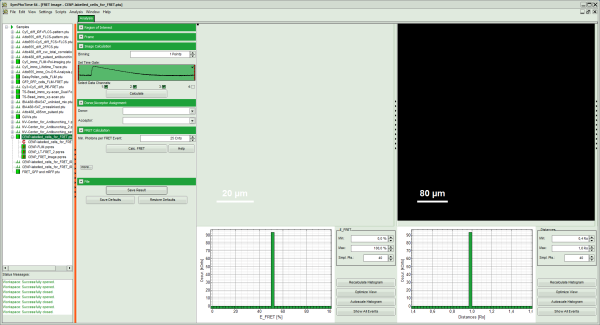 Note: If this assignment is not correct, it can easily be inverted using the controls in the “Donor/Acceptor Assignment” panel. 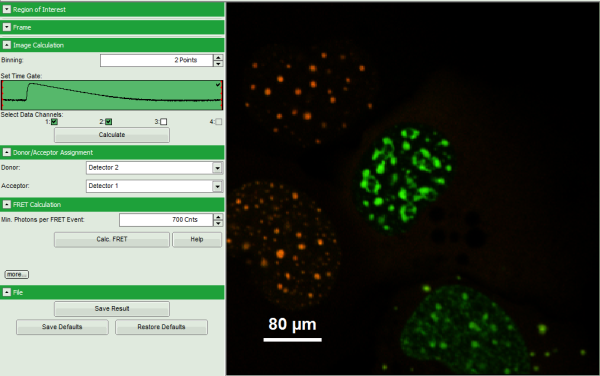 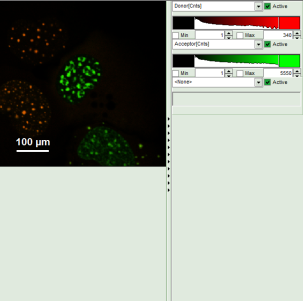 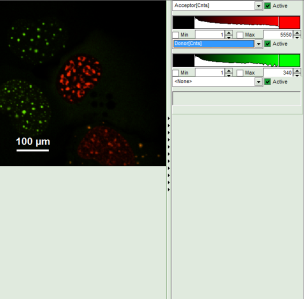 Response: The image is adapted, the acceptor is now plotted in red.

Note: Now four cells are visible, the cells on the left are mainly plotted in green. These cells have only been transfected with the donor construct, while the other two cells are transfected with both constructs. The fluorescent spots are restricted to the nuclei, only some vesicles in the cytoplasm can be seen in the cell on the lower right.

Note: For more information about the equation used for image calculation, use the help button next to the “Calc. FRET” button. This opens a window with the equations and a description of the fitting parameters.
The correction parameters here are arbitrarily set to result in an image where the FRET efficiency matches roughly the values obtained in the “Lifetime FRET Image” script (see the corresponding tutorial). They have not been correctly determined and are only used for demonstrating the function of the script. 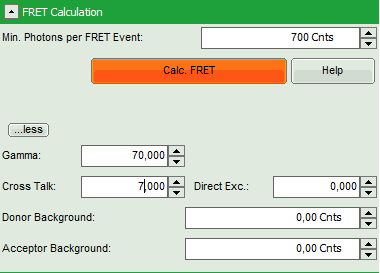 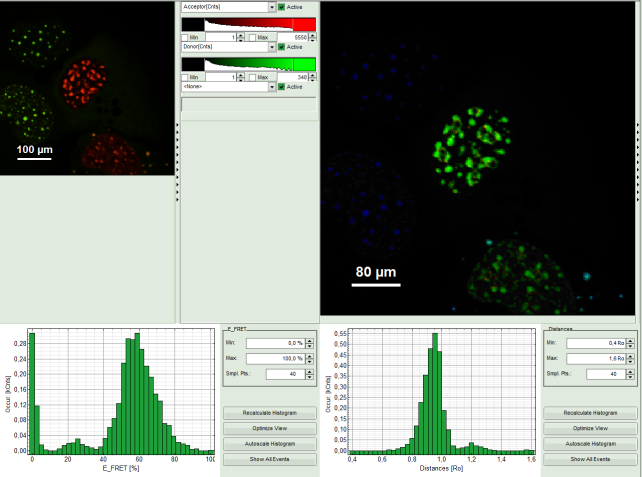 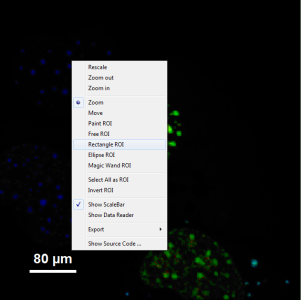 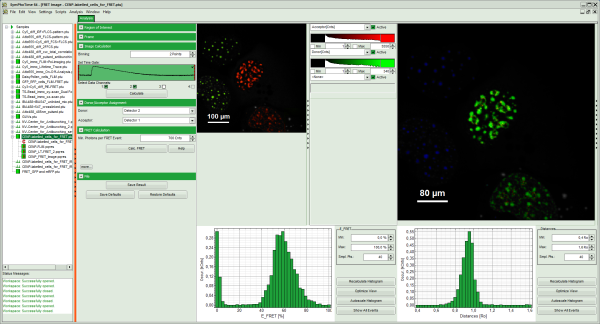