Registering New Scripts in the SymPhoTime 64

Note: Any script can be used as a basis to be modified. The “Hello World” script is just chosen for demonstration purposes.

Response: A window is generated. 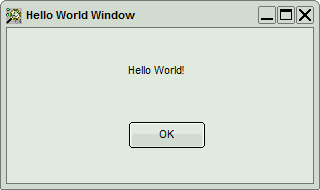 Response: Another window with the source code appears. 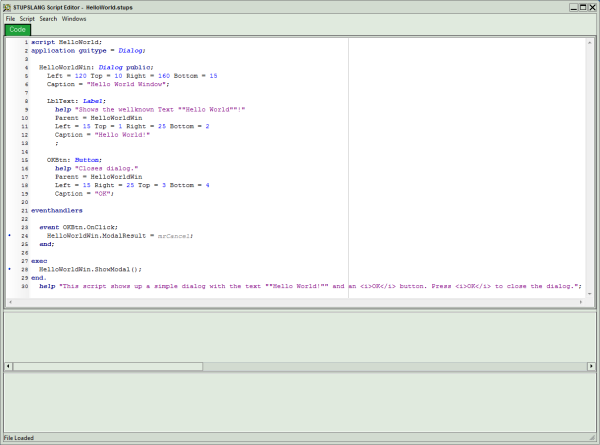 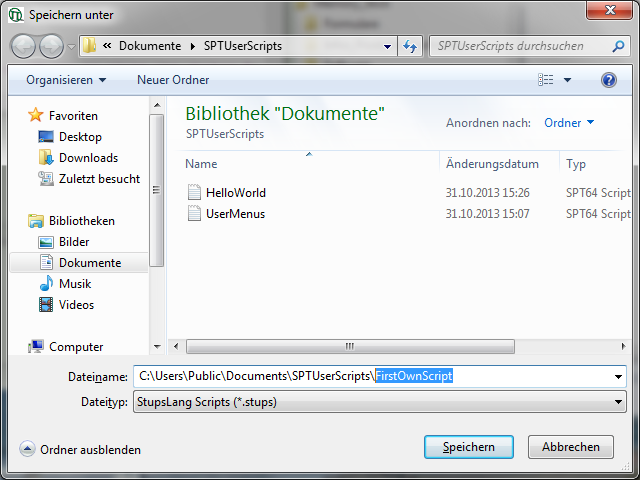 Response: The STUPSLANG Script Editor window opens with the text of the script UserMenus.stups.

Note: This script controls the icons of the scripts in the “User Scripts”-tab. 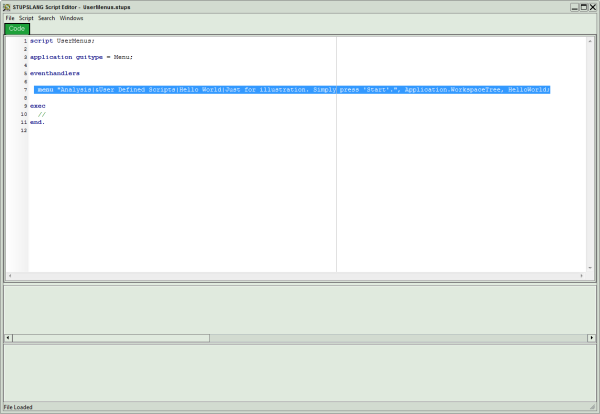 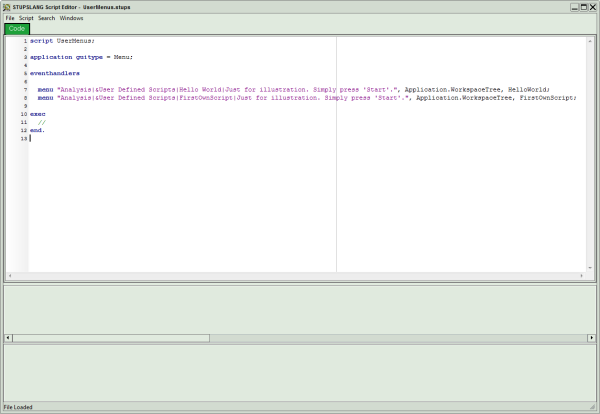 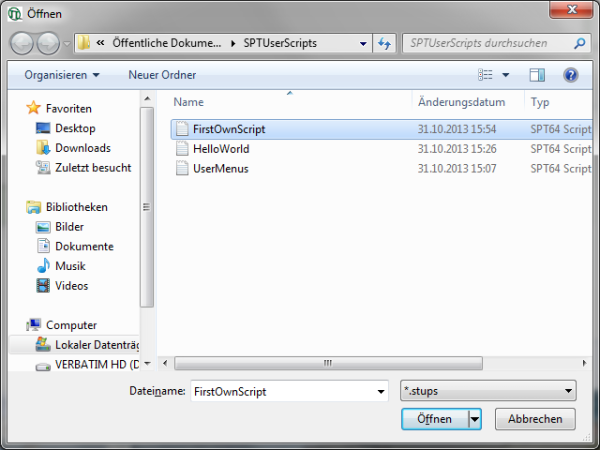 Response: The script appears in the Script Manager window.

Response: The script manager window closes and another window appears with the text “changes will take effect after restating the software”.

Response: Under “User Defined Scripts”, now the newly generated script becomes visible and can be started.

Note: All user modified scripts should be stored where indicated in the tutorial, allowing full access to the scripts also for users without administrator rights.
Scripting also allows to edit the online help for the user configured scripts. Look at the script code for any examples.
A detailed description of the scripting commands can be found in the online help under “Help\Contents” from the main menu. 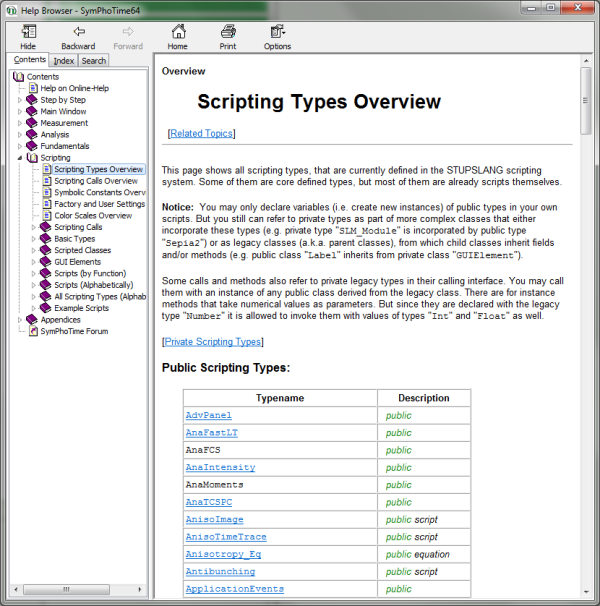