Here in detail the FLIM analysis of SymPhoTime 64 is used to perform a lifetime fit and how to extract and read the results. A mixture of Dragon Green and Nile Red fluorescent microspheres were imaged with more than three frames per second. Tutorials workspace can be downloaded from https://figshare.com/s/4957fcfa684daef86c23. 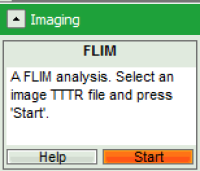 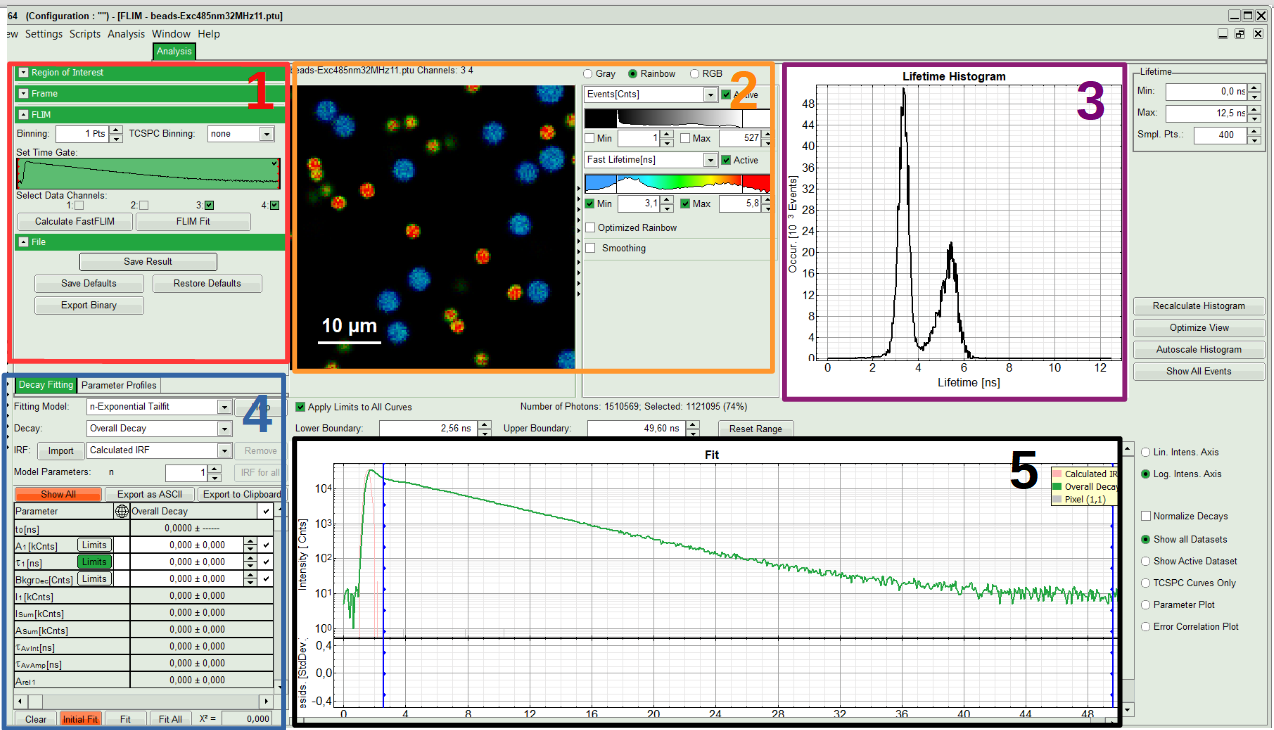 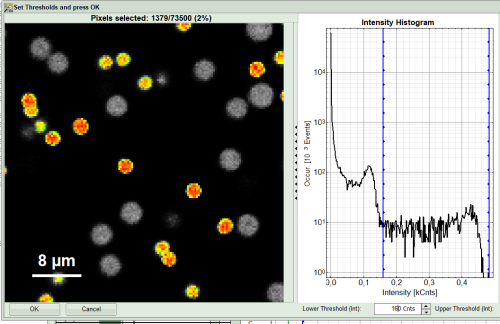 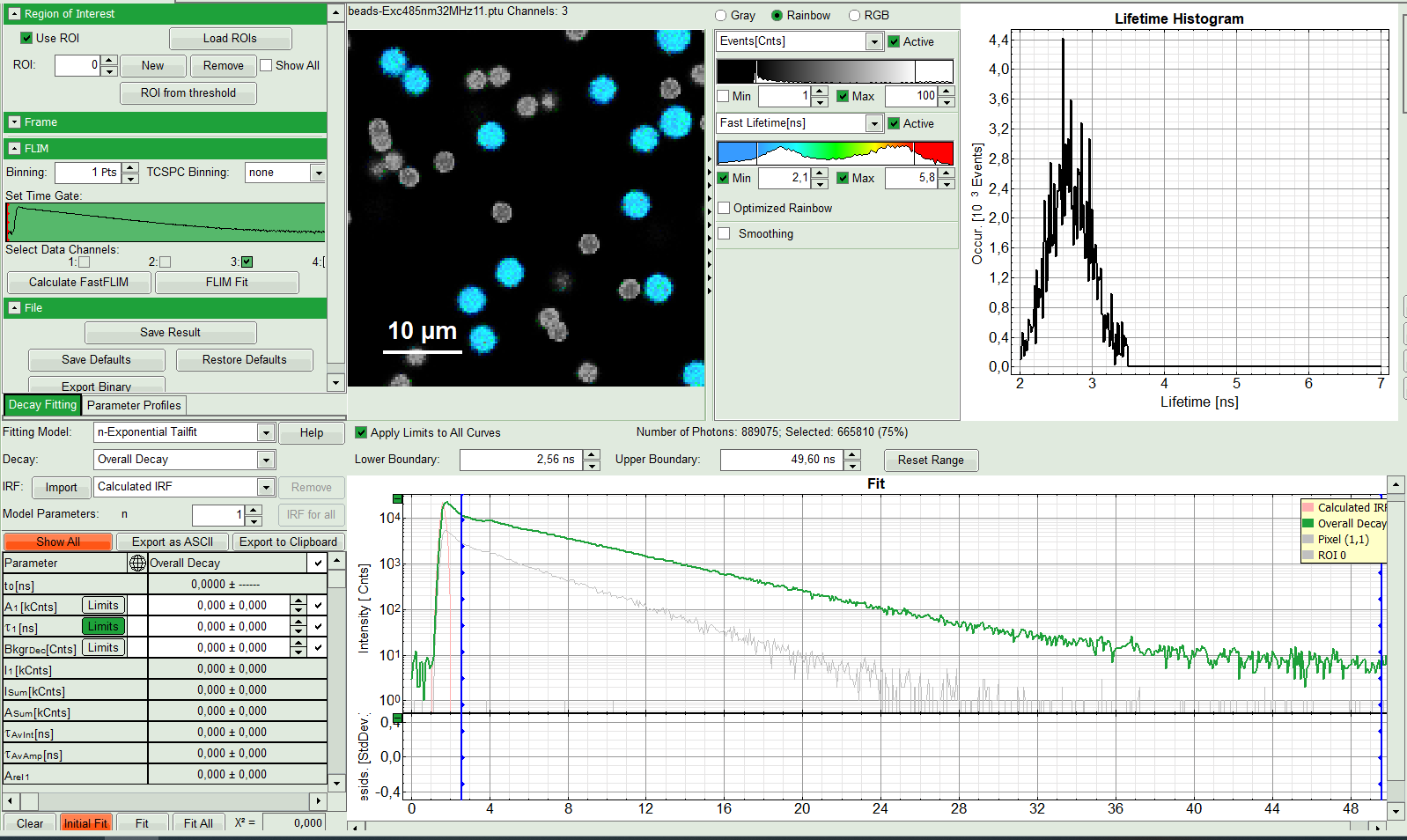 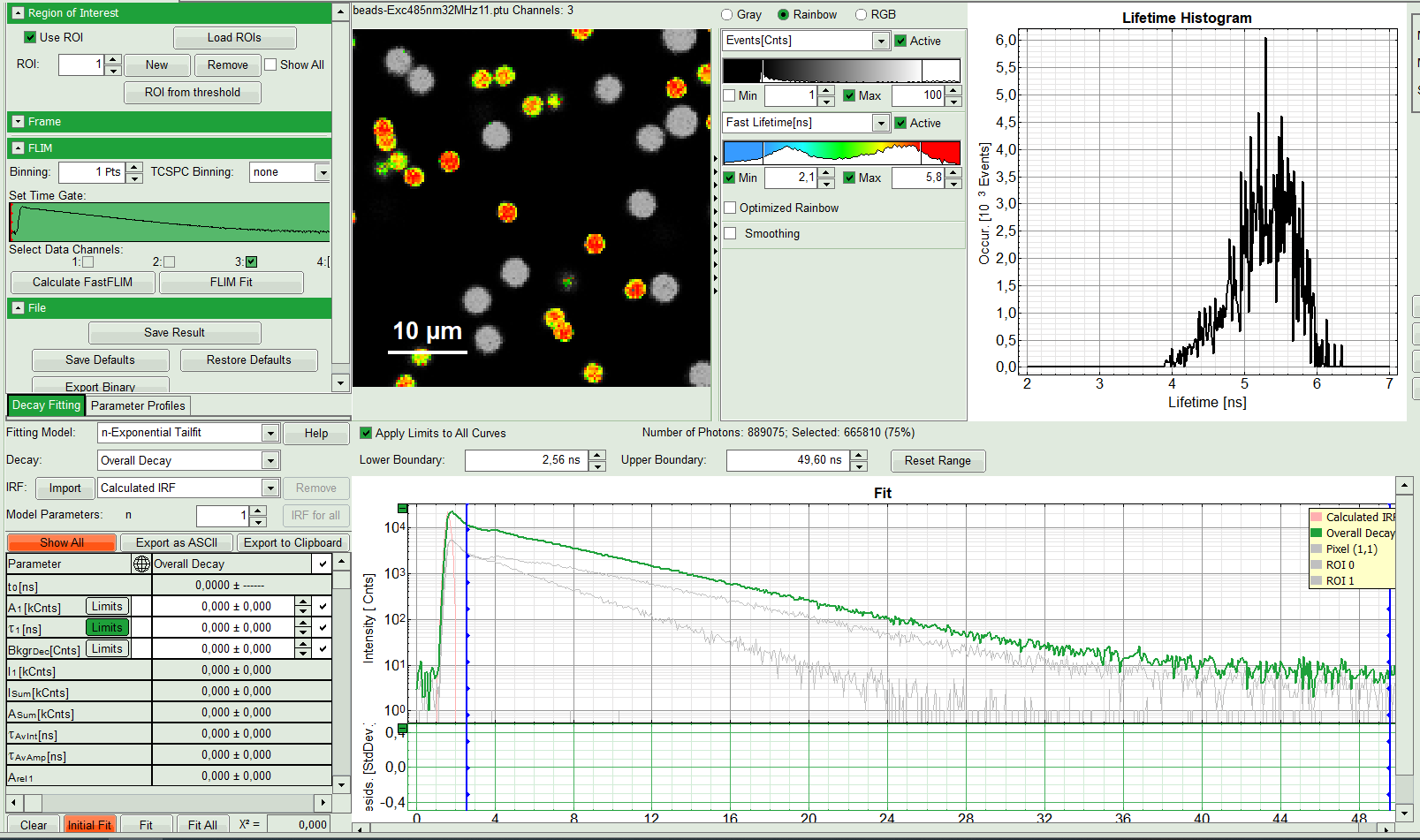 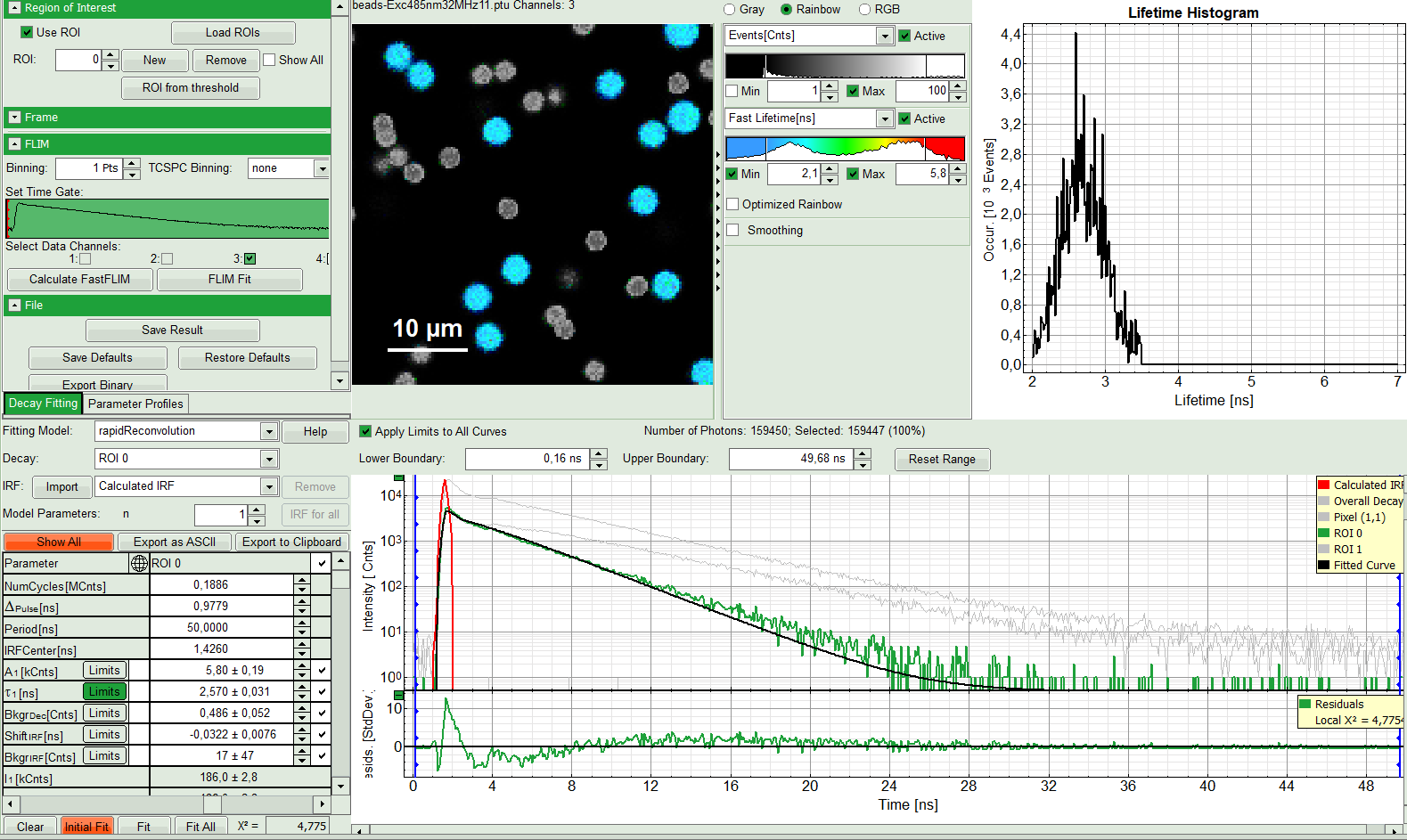 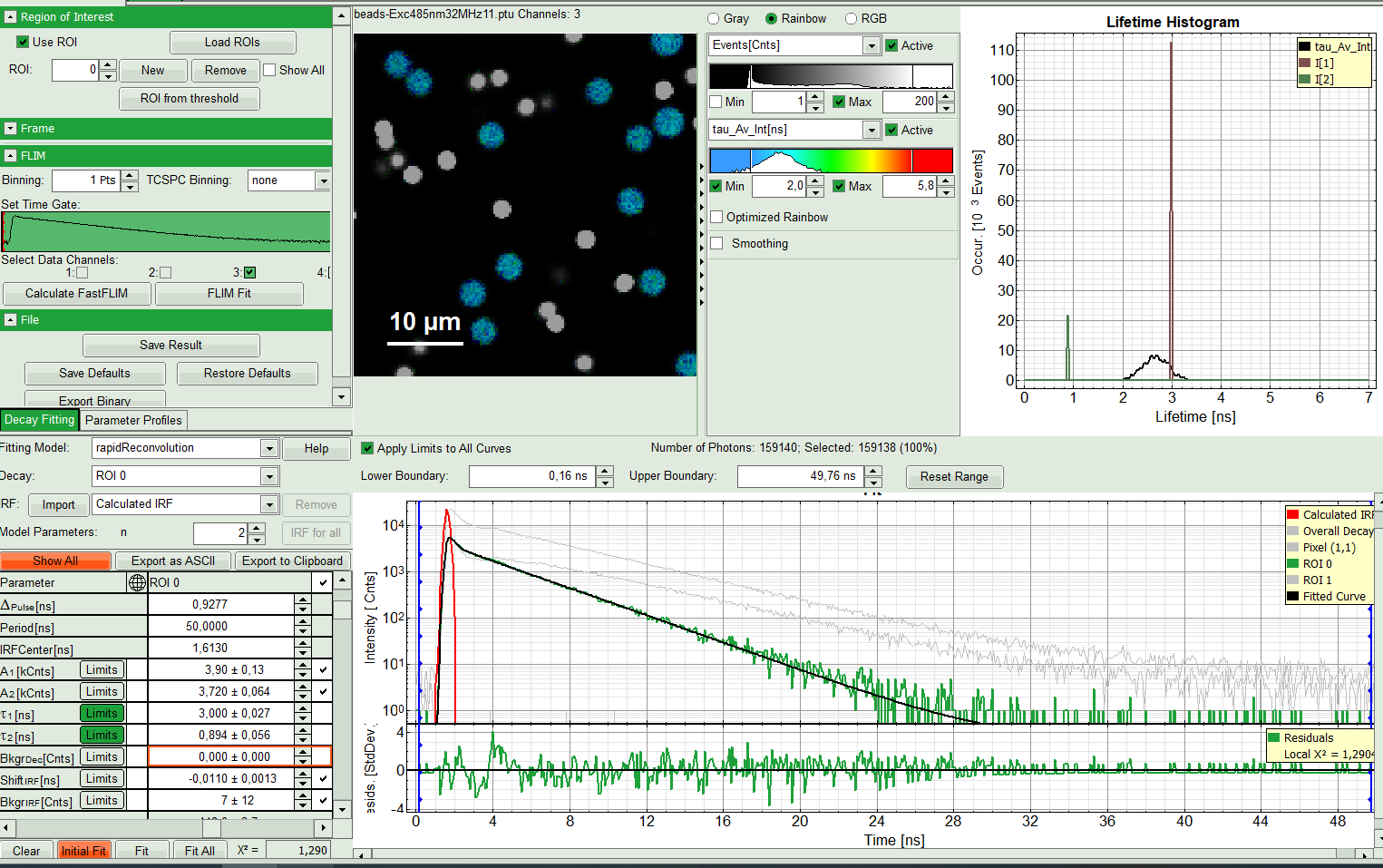 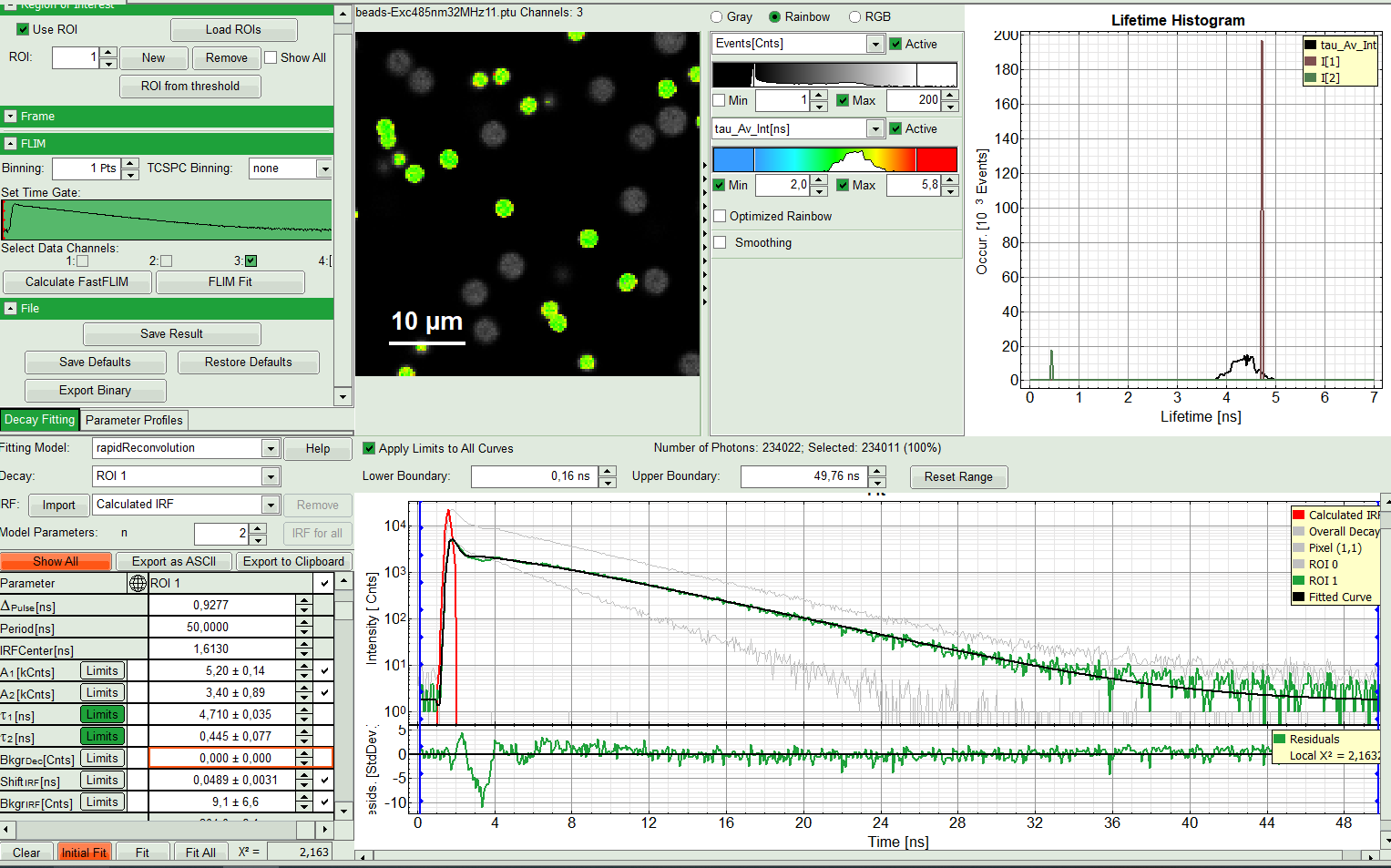