Calibrate the Confocal Volume for and with FCS

This tutorial shows step-by-step, how to calibrate the confocal volume for FCS measurements with a calibration dye. Therefore, a FCS curve is calculated with the FCS script, that is transferred to the FCS Calibration script.

Note: Calibration is a necessary task for FCS measurements. In a calibration procedure, the confocal volume VEff as well as the structural parameter κ (the ratio of z to xy extension) is determined using a reference dye. This is the prerequisite to determine correct diffusion coefficients and concentrations for the sample of interest.
ATTO488 (ATTO-Tec, Germany) is a suited dye to calibrate the confocal microscope at ~470 – 490 nm excitation and detection around 500 – 540 nm.
The diffusion coefficient of ATTO488 carboxilic acid has been measured to be 400 µm²/s at 25°C. Published diffusion coefficients of various fluorophores are summarized in the Technical Note “Absolute Diffusion Coefficients: Compilation of Reference Data for FCS Calibration” available from PicoQuant (see https://www.picoquant.com/images/uploads/page/files/7353/appnote_diffusioncoefficients.pdf). This list is extensive, but does not claim to be complete.
Note that the diffusion coefficients of all dyes are temperature dependent.
FCS measurements are usually point measurements acquired with very sensitive detectors (SPAD or Hybrid PMT detectors).
FCS is a technique applicable over a wide range of concentrations, but ideal FCS concentrations are usually between 1 and 20 nM.

Select a file and generate a reference FCS curve 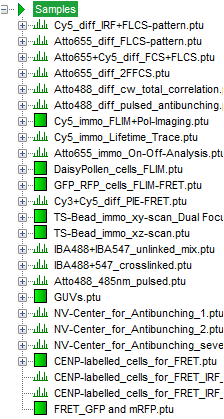 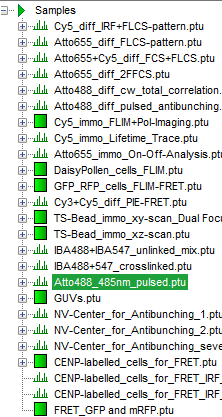 Response: The FCS script is applied to the file ATTO488_485nm_pulsed.ptu. Thereby, a new window opens: 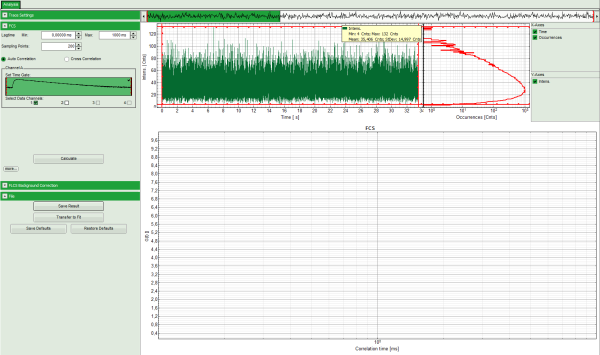 Response: The FCS curve is calculated. 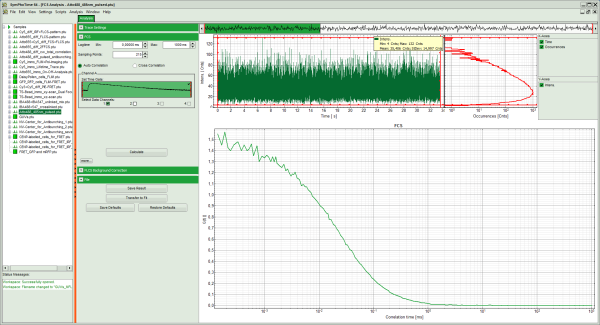 Use the generated FCS file for calibration of the confocal volume 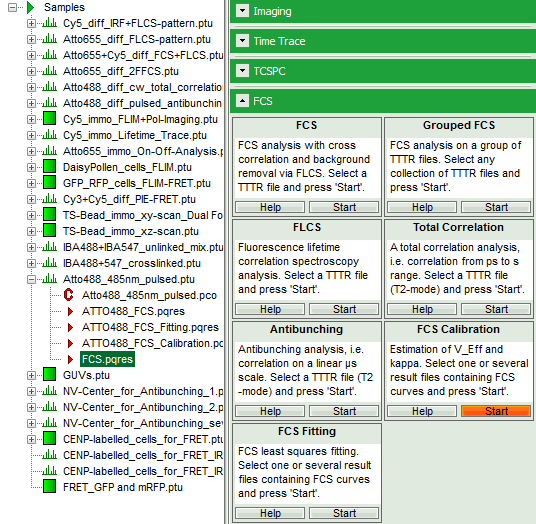 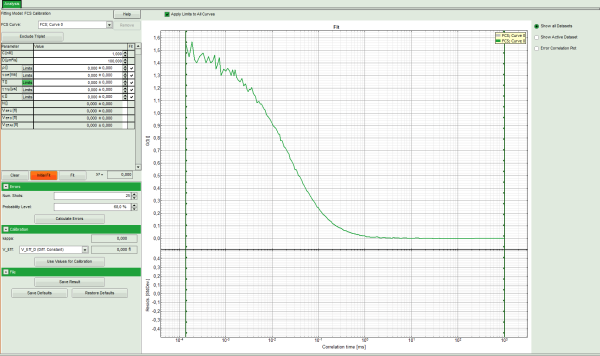 Note: This window consists of different sections:
Left: Fitting panel with the parameter options.
Center/right: FCS curve. Below the graph, the residuals are plotted. As no fit ist performed yet, this area is still empty. 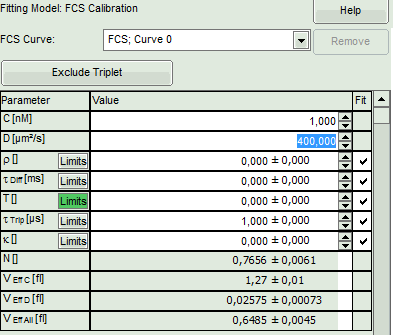 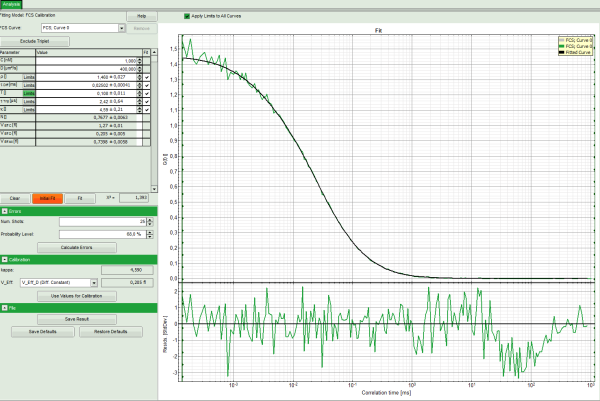 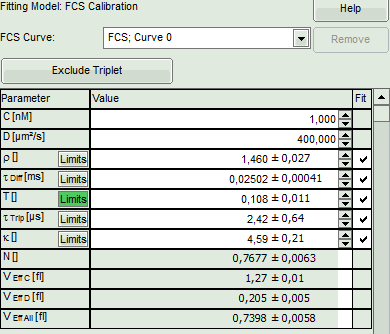 Note: By default, V_Eff_D calculated from the diffusion constant is chosen as calibration value. If the reference were the concentration, the assignment can be changed in the “Calibration” drop down menu (see image above).

Response: A window pops up asking to confirm the calibration values.

Response: A result file is generated and linked to the raw data. The fitting window can now be closed.